Skip to content
You are here
Home > News > Ukraine: Voters Strive For New Faces, Eight Parties To Enter The Parliament, And Rabinovich And Boyko To Share Voters’ Affinity In The East, Poll Suggests

According to the survey taken in early May 2018, If the parliamentary elections in Ukraine were to be held ‘this Sunday’, the new Ukrainian parliament would consist of MPs belonging to eight political parties. Though contrary to previous results obtained in March, the biggest support of Ukrainian voters would be given to the Batkivschyna Party headed by Yulia Tymoshenko (16.2%) followed by the Solidarnist Party of the incumbent Ukraine’s President Petro Poroshenko (9.6%), ”Za Zhittya” Party headed by Vadim Rabinovich (9.1%), and the Radical Party headed by Oleg Lyashko. The smaller parties to enter the Ukrainian parliament are “Gromadyanska Pozitsiya” (8.1%), Opposition Bloc (7.6%), “Samopomich” (5.3%), and “Sluga Narodu” (5.1%).

The survey of political preferences in the Eastern Ukraine (Kharkiv region and areas of Donetsk and Lugansk regions under control of the Ukrainian government) showed that the most popular politicians of the East are Vadim Rabinovich and Yuriy Boyko. If the presidential elections were to be held ‘this Sunday’, they would obtain 16.2% and 11.4% correspondingly, and would be followed by Yulia Tymoshenko (8.0%), Petro Poroshenko (6.1%), and Anatoliy Gritsenko (3.7%). The poll embraced the politicians that would most likely participate in the elections.

A favorability rating used to indicate whether the public’s overall sentiment toward a politician or a party is favorable or unfavorable showed that the parties that struggle with un-favorability numbers above 50% are Opposition Bloc (74.0% of the voters would never vote for the party), Solidarnist (70%) and Batkivschyna (69%). These figures may prove that Ukrainian voters are tired of current politicians and long for new faces in Ukrainian policy. 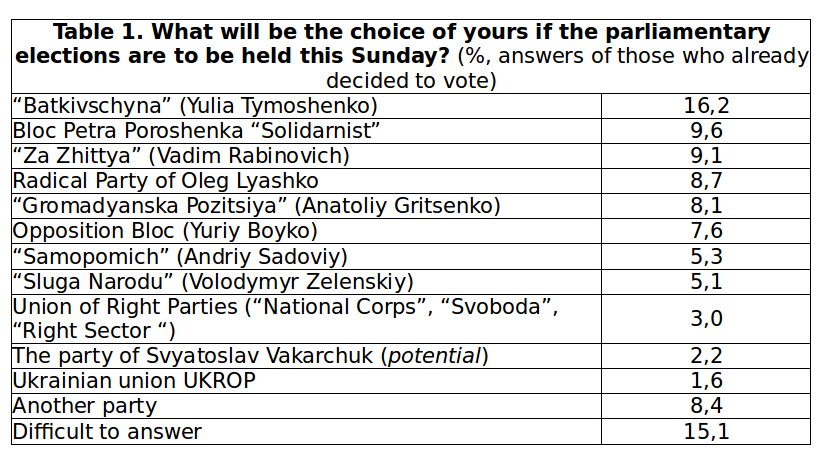 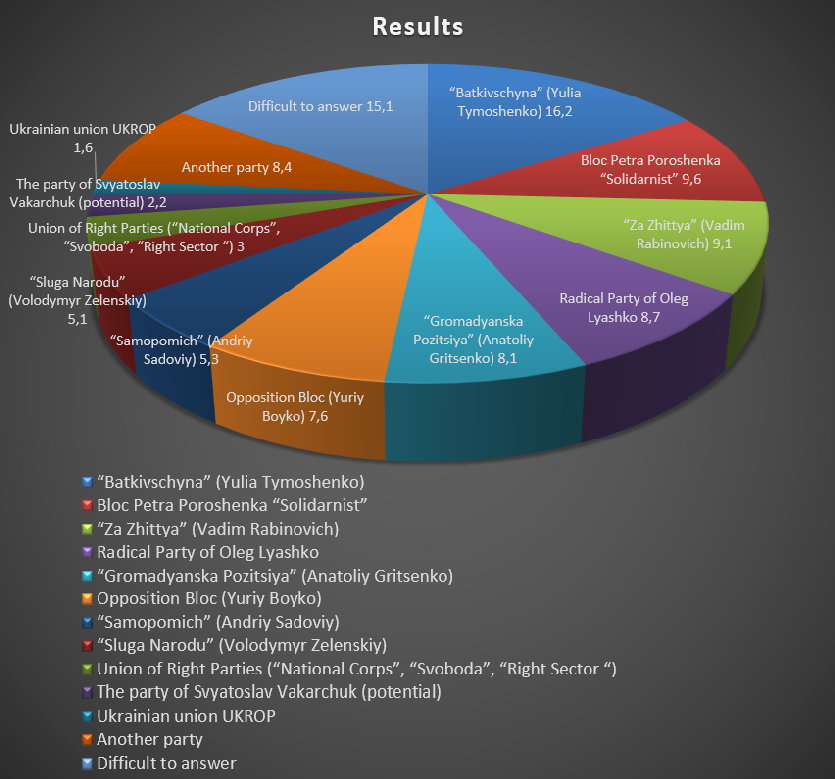 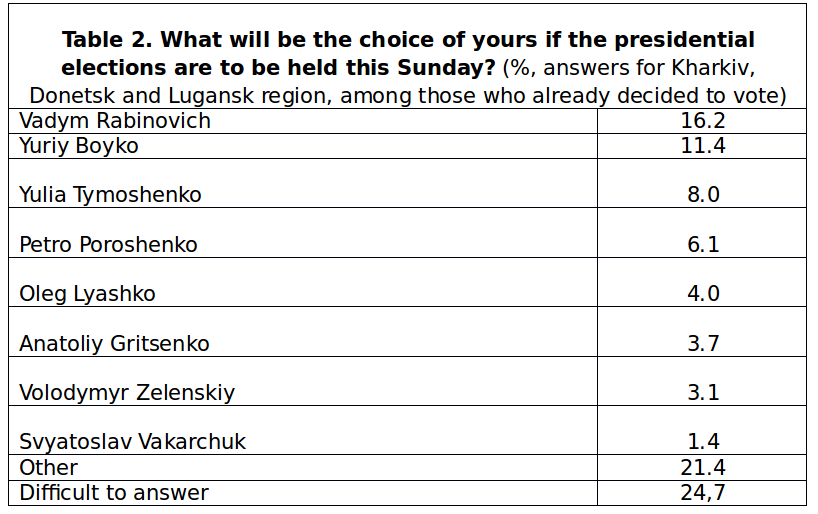 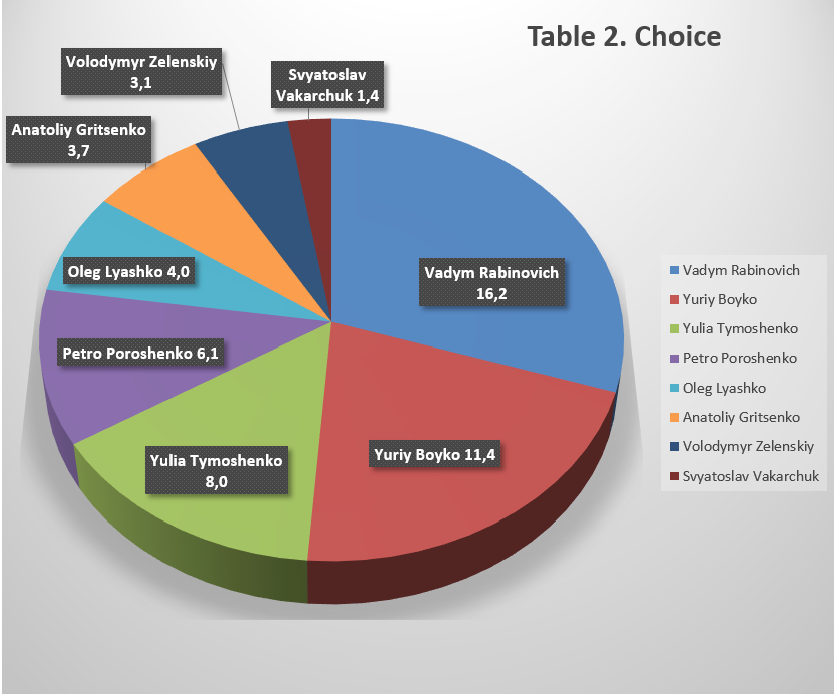 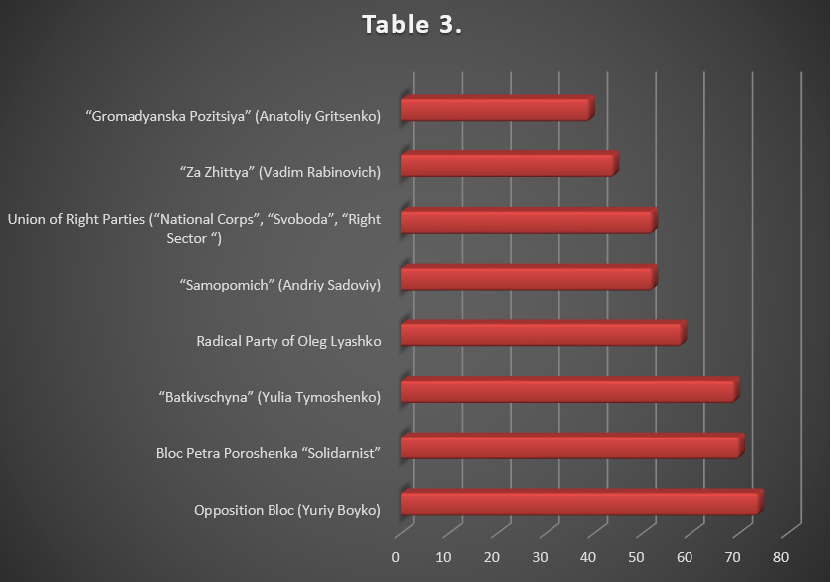