Britain can either trigger Article 50 or get left out in the cold.

If David Cameron was planning his dream dinner party, it probably wouldn’t involve giving a speech to the other 27 EU members on how exactly the UK got into this mess.

But that’s what he has to do this evening, as the EU’s post-Brexit summit begins in Brussels.

After his initial statement, Cameron will return to London while the other leaders discuss how to proceed.

The discussion will primarily pertain to the triggering of Article 50, which officially begins the UK’s exit process, and sets a deadline for its conclusion.

Conservatives from both sides of the Remain-Leave divide have insisted that there is no rush to invoke Article 50, and that it should at least wait until a new prime minister is in place in the autumn. 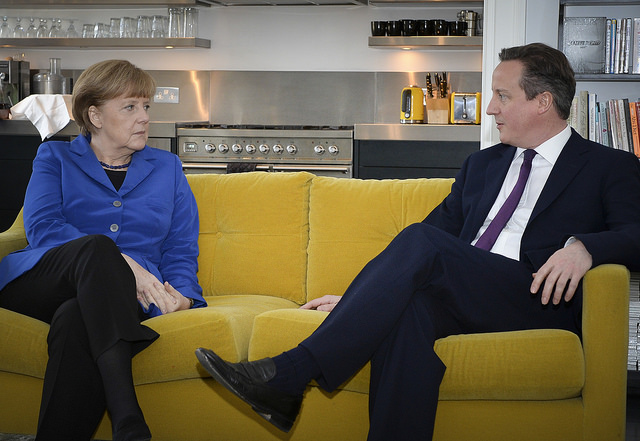 However, EU officials and leaders feel differently. Jean Claude Juncker, president of the European Commission has repeatedly insisted that the process should begin as soon as possible.

In his first major interview post-Brexit (with the German newspaper Bild, translated here), it’s clear that Juncker himself — and perhaps many of his colleagues in the Commission — are frustrated with Cameron, and not inclined to treat the UK gently.

“Here in Brussels, we did everything to accommodate David Cameron’s concerns. My collaborators and I personally spent countless days and nights negotiating an agreement that was fair toward the United Kingdom and toward the other 27 Member States. I was then very surprised to see that this settlement played no role whatsoever in the campaign in the United Kingdom. At the same time it is hardly surprising. If someone complains about Europe from Monday to Saturday then nobody is going to believe him on Sunday when he says he is a convinced European.”

He also takes aim at the leaders of the Leave campaign, who maintain that they can reap many of the benefits of EU membership — such as access to the single market — without bearing the responsibilities — such as facilitating free movement:

“Out means out. The EU Treaties are clear on this matter. Article 50 governs the exit from the European Union and here there can also be no renegotiation. Now it is firstly a matter of a clean divorce, because citizens and companies need legal certainty. Can there be a new partnership with the United Kingdom one day? All 27 Member States would have to agree to that. And the United Kingdom would first have to reflect on what it wants itself. There will certainly be no cherry-picking.”

In the last two days, German Chancellor Angela Merkel and French President François Hollande have taken a slightly gentler approach, with Merkel’s spokesperson suggesting that British politicians could take ‘a reasonable amount of time’ to consider the consequences of the vote.

However, he also made it clear that the EU would not engage in informal negotiations with the UK before Article 50 was invoked — no negotiation without notification.

This will disappoint Boris Johnson and other Leave supporters, who would undoubtedly have liked to get some understanding of the EU’s negotiating position before setting the strict two-year deadline.

So why is Brussels taking such a hard line?

Brexiters would say that EU officials are throwing a tantrum because their orthodoxy has been rejected. But the reality is more complex.

Firstly, as has been widely observed, the EU needs to stamp out any possible contagion. By treating Britain as firmly as possible, and refusing to make concessions, it sends a message to other states that might be exit-inclined.

Secondly, other EU economies have already suffered economic consequences as a result of the UK’s decision and only stand to lose more if they allow continued uncertainty which could, for example, have a chilling effect on investment.

Whatever the Brexit camp said during the campaign, Britain has received greater concessions from the EU than perhaps any other nation, and chosen to leave anyway.

Neither Cameron nor Johnson can expect an easy ride.