Skip to content
You are here
Home > Business > Brits turn to emigration strategies within and beyond EU?

After a significant increase in the number of US search queries on how to move to Canada and get Canadian citizenship, the trend of citizenship hunting take the British. However, there are things to reconsider for the immigration policy, too.

Shocking result of the referendum on the withdrawal of Britain from the European Union prompted the subjects of the Queen to look for ways to change British citizenship to the nationality of one of the EU countries.

British citizens rushed en masse to study their own family tree, search for the Irish and Cypriot roots. For example, Cyprus Immigration Department notifies about 300 daily requests of British nationals to obtain local citizenship. In the meantime, the largest number of British expatriates are located in Spain, Ireland, France, Germany and Italy. Moreover, after the Brexit logical to expect an increase in the number of mixed marriages.

Other methods for obtaining a citizenship require significant investment. The British Government’s program Investor operates in the country since 1994. According to it the candidate must meet a number of financial criteria and to qualify with some additional things like language proficiency, positive personality, the recommendation of two persons. 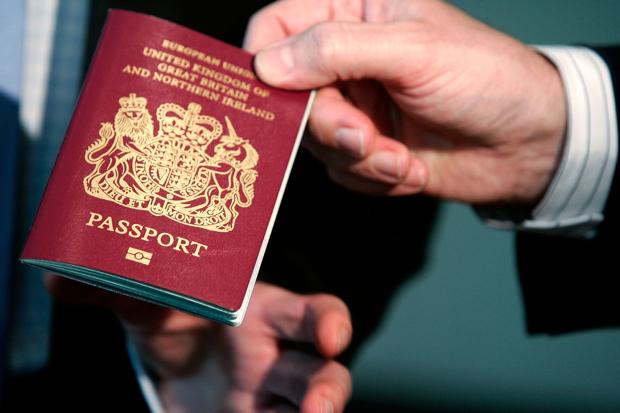 Photo: Getty Images As a matter of fact, the number of applications for British citizenship has almost doubled over the past decade, while the number of refusals decreased from 9% to 3% during the same period. British immigration authorities rarely carry out checks on the financial past of thousands of applicants for citizenship – for example, their possible bankruptcy, the facts of tax evasion or fraud of various kinds. Therefore, it is no surprise that for many unscrupulous foreigners, Great Britain has long been a second home: they only need to spend and invest inside the country. Having invested in British companies, these people obtain citizenship and reputation from scratch.

Problems begin when newcomers start practicing semi-legal schemes, which work well back in ttheir home countries, with new fellow citizens. It may not only be detrimental to the individuals who decided to run a business with their new “brilliant” friends, but also cause a great damage to the image of state.

When it comes to a large-scale examples of such abuse of British hospitality, Cupid plc can make an excellent one. The case remains relevant to the news feed of international media almost 3 years after. At a time, Cupid plc pioneered dating business in the UK and internationally. Its creators were Scotsman Bill Dobbie and naturalized Ukrainian Max Polyakov.

The company seen rapid success, executed IPO, and enjoyed double and triple rises in share prices since than. However, the BBC Radio 5 soon found out that the company was using so-called “fake web profiles” in roder to make users pay for additional services, which forced users to buy paid services. Immediately after the investigation was made public, Cupid plc share price decreased by 3.5 times.

Gradually, Cupid plc ceased its operations, sold the main company’s business to Grendall Investment Limited,  an affiliate of the aforementioned Maxim Polyakov – a founding member of the Cupid plc. Thus, the one who has managed to develop the company, subsequently seized all of its assets, and deliberately provoked the media scandal in 2013.

In the meantime, Polyakovs` former partner Bill Dobby refuses to comment on their joint projects. The man who most likely gave positive reference for Polyakov’s emigration application, chooses to remain silent in order not to lose the already ruffled reputation. After all, if Polyakov carried out the above-described scheme, Cupid plc investors had to pay dearly because he recommended someone who wasn’t actually fit for such status.

One shouldn’t forget that citizenship is surely a privilege, but most of all it is a responsibility. The question is Who will be the next leader to make Britain really great again?