German pharmaceuticals group Bayer has stepped up its pursuit of Monsanto and offered offered $65bn (£48.7bn) for the controversial maker of genetically modified seeds.

Bayer had already proposed the largest all-cash takeover in history with an offer of $125 a share and said it was now willing to raise its bid to $127.50.

But one major investor raised concerns about the effect on Bayer’s pharmaceuticals strategy and the combined company’s potential debt pile. Industry pundits also warned that the deal might not be worth doing once competition authorities have imposed their conditions.

In a statement, Monsanto said it had taken part in constructive discussions with Bayer about a new offer, the third since May, valuing the St Louis-based firm at $65bn. 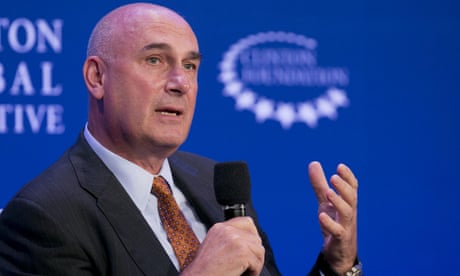 Bayer’s proposal will create a global pharmaceutical and farm supplies giant, just as rival firms are consolidating. ChemChina agreed earlier this year to buy Switzerland’s Syngenta for $43bn, after the latter rejected takeover approaches from Monsanto. US firms Dow Chemical and DuPont are pursuing a $130bn merger, to be followed by a breakup into three businesses.

One Bayer shareholder said he had reservations about the deal. Greg Herbert, of Jupiter Global Equity Income Funds, said a takeover posed a “significant risk” for investors in Bayer. He said that while talks were “probably getting closer to succeeding,” he was still sceptical about the logic behind the acquisition.

“The company will be left with a highly geared balance sheet and the management effort to integrate the two businesses could easily lead to the larger pharmaceutical business being neglected.”

Acquiring Monsanto poses a reputational risk for Bayer, the 153-year-old Leverkusen-based firm that built a global presence with the invention of aspirin and trademarked the name ‘heroin’. Monsanto has been no stranger to controversy, drawing fire over the effect of its pesticides and the ramifications of widespread use of its genetically modified seeds.