“Your brilliant mind and highest political achievements, decent state positions and successful business, sexual appeal and elegance, readiness to support the LGBTQI people speak for outstanding prospects for your supporters in Kazakhstan and Central Asia. Thanks to you, Rakhim, we look forward with hope! While your own country is still viewing LGBTQI as a ‘sin’ and ‘perversion’ you prove the opposite while doing it with grace and attitude. I wish you good health, and a lot of patience and energy! Together we will win equal rights all over the globe!” 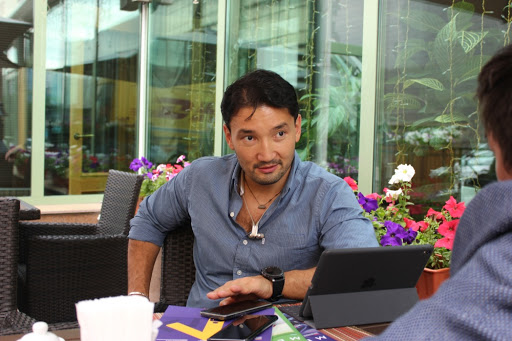 It is especially important because Oshakbayev is a member of the Presidential National Trust Council and thus has a leverage and influence in the Kazakhstan’s society.