Skip to content
You are here
Home > News > Presidential Elections In Ukraine: With Zelenskiy Taking The Lead, Poroshenko And Boyko Accelerating The Pace, Tymoshenko Featuring A Slight Setback

The survey conducted in late March 2019 showed the notable changes in the voters’ attitudes prior to the first round of presidential elections in Ukraine. Should the presidential elections be held ‘this Sunday’, the biggest part of voters would give their votes to Volodymyr Zelenskiy (24.2%), Petro Poroshenko (15.1%), Yuriy Boyko (15.0%) or Yulia Tymoshenko (14.7%).

Changes in the volume of voters’ support that shifted the ranking of Ukrainian politicians might have been stipulated by the following reasons: 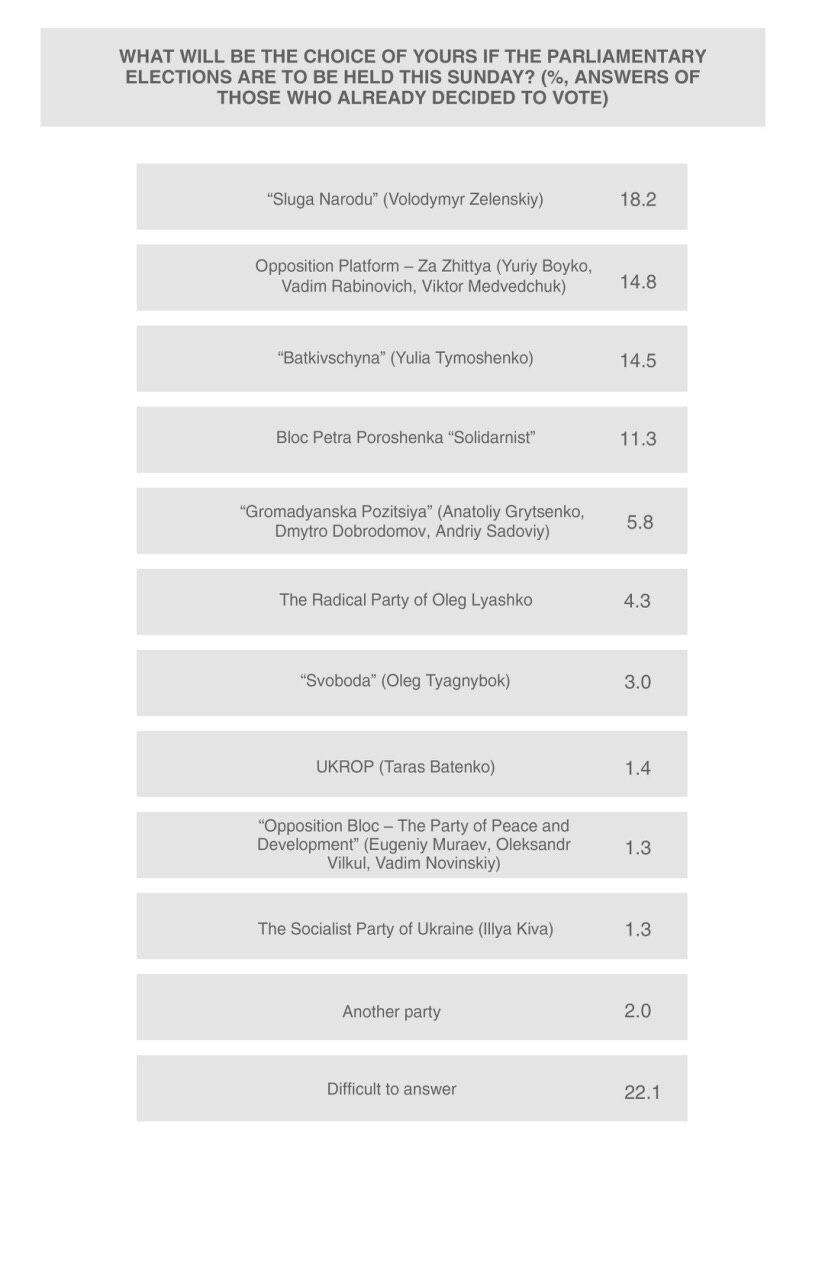