Skip to content
You are here
Home > Money > How not to help Ukraine: Ihor Raynin, Y. Svitlychna and D. Shuval and their inflatable Kharkiv Regional Representation Office

As Ukraine was thrown into the Western zone of influence it has quickly realized the need to develop the usual toolset to influence the politics to the state’s favor. In Unites Stated the legal way to build up the presence is called lobby. Lobbyists need to be properly registered. Their success is based on how well suited to the political landscape they are. Lobby companies are working for decades and there is little room for the new ones. As reports on the new lobby office of the Kharkiv region has emerged in the news it has surely raised eyebrows of the tight and established community.

Kharkiv Regional Representation Office in the United States was the poster child of Head of Kharkiv Oblast State Administration Ihor Rainin and Yuliya Svitlychna, Deputy Head of Kharkiv Regional State Administration (RSA). As for now Rainin is the head of the Administration of the President of Ukraine while his close ally Svetlichna inherited his place as the head of the Kharkiv RSA. On 22 September 2015, the official presentation of new lobby office took place at the US Embassy in Ukraine. It was praised by US Ambassador to Ukraine Geoffrey R. Pyatt, the Head of Kharkiv Oblast RSA Ihor Raynin, and the Minister of Internal Affairs of Ukraine Arsen Avakov (well known for his Kharkiv business).

It was opened under the umbrella of Globee International Agency for regional development. Finally it found it’s place in Washington DC, at the famous 1701 Pennsylvania Avenue N.W. It has not shown any significant results since then, however was widely used for the PR benefits of the participants, Ihor Rainin and Yuliya Svitlychna. It even allowed Svitlychna to proclaim herself ‘famous’:

What really happened with the Kharkiv Regional Representation Office in the United States?

In fact it looks as it was not intended to operate.  It was intended to drain some money under the disguise of the PR expenses.  The whole affair was meant to boost Ihor Rainin and Svitlychna own press portraits on the expense of the Ukrainian taxpayers and international donors.

GloBee claims the shared virtual office by Carr Workplaces as their own.

There is no office of Kharkiv Regional Representation at the 1701 Pennsylvania Avenue.  It never was. The whole room was rented from Carr Workplaces for one or two hours, only to shoot a photoset for the rather naive domestic press. Carr Workplaces offers a virtual offices and the press rooms as low as $80 per month with some extra fees for the actual rent of the space on a hourly basis.

It took place at the ‘Library room’ of Carrs Workplaces rented for the occasion, for the single event only. Take a closer look at the interior and you will find out that it the chairs, the table and the view is exactly what’s offered by Carrs. Meanwhile the RSA-affiliated newspaper 2day.kh.ua estimated it at $2000+ monthly. 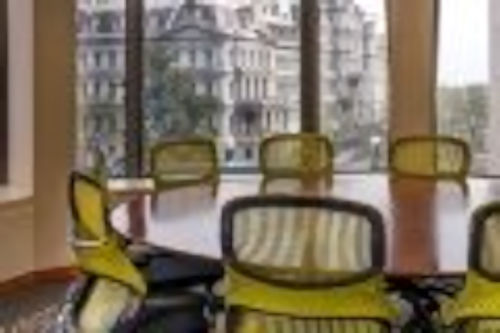 The same room with round table and remarkable chairs are featured on Yelp.

Sadly the official site of the Kharkiv RSA does not reveal the budget for the PR at all and the budget of the GloBee, Kharkiv Regional Representation and the Your Global Strategy in particular. Our source at the RSA has estimated the total cost of the affair at $280K annually. It cannot be confirmed by now, however if it is at least partially true it is a good example of the rather peculiar attempt to join the international community.

What has Ihor Rainin’s GloBee and Kharkiv Regional Representation input?

Let’s take a closer look at the activity of GloBee international and Kharkiv Regional Representation. Their staff does not seem to be overloaded with the duties, as there are little next to nothing known of their help to the struggling Kharkiv economy. There is no activity shown in the 2018, but in 2016 GloBee reported that Regional Representation has helped Kharkivmash to develop close ties to the Canadian (?) business partner. Surprisingly the Kharkivmash does not list the partnership at their website. Canadian Tundra Oil&Gas does not mention the would-be strategic alliance on their site. Richardson, the owner’s company website do not contain even a trace of the partnership with Ukraine, Kharkiv and Kharkivmash at all. It is obvious that  the release is just a product of wishful thinking . Konstantin Dikhtiarenko, mentioned as a chairman of the Kharkivmash is not known besides this exact press release. Vasyl Oleksenko is the director of the Kharkivmash with nobody on site knows who Konstantin Dikhtiarenko is. No products under the trademark “Tundra” were ever developed. It remains a mystery how the Washington office (real or fake one) could really help to match interests of Manitoba and Kharkiv businessmen.

The same approach to the facts appears to be general rule for the GloBee and the Kharkiv Regional Representation. Origins can be traced back to the leadership. Ihor Raynin‘s close friend, Dmitro Shuval is known for the cashing out one million USD of Orthodox Union, a Jewish charity whose head he was back in 2009. He was found by the SSU in Dniepropetrovsk and gave an explanation that he was just lost the charity money while gambling. The funds were never recovered.

Dmitro [Shuval] has acted so indecent! People from “Orthodox Union” begged our synagogue for help, we try to help them to not left them homeless. In some apartments there was a house of prayers, there was important events scheduled, it was important for the Jewish community… – commented the head rabbi of Kharkiv Moishe Moscowich.

GloBee and Dmitro Shuval is listed as one of the organizers of yet another scam ICO – Sudan Gold. It got the “E” mark from the CoinShedule – least trusted. 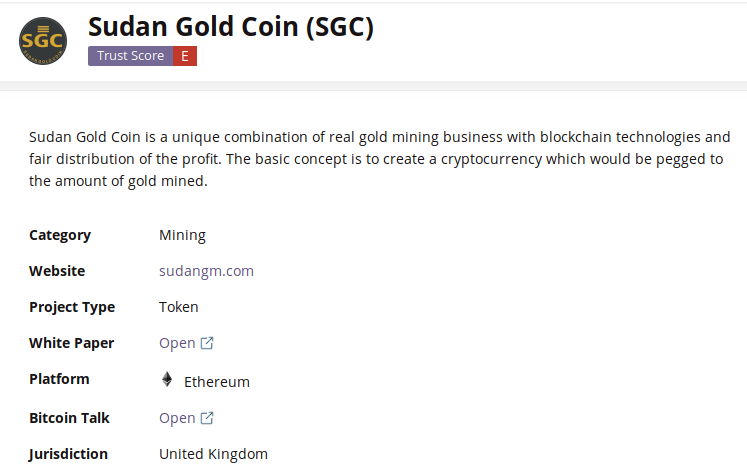 Dmitro Shuval is demonstrating surprisingly broad interests while Ihor Raynin and Yuliya Svitlychna are suspiciously trustful. We all know too well that it is a syndrome of the the main Ukrainian problem – an outstanding level of corruption.